What is Blue Print ?

BluePrint is a cross platform hexadecimal editor based on HTTP protocol.
Its front end runs on any kind of smart device and its host end can run on both Linux and Windows platforms.
It can also perform graphical editing operations, even if the host is a headless or remote machine.
It transfers the most necessary data, which means the least band deamanding, when operating the remote machine for its based on HTTP protocol,
Its performance is greatly improved, comparing with other editing software running on the remote machine,
It allows users write their own data providing modules according to the data provider protocol based on its open architecture,
It has powerful and extensible template analysis function.

User can edit/analyze data on remote machine, no data copy, no email with attachment, just do GRAPHICAL OPERATION on any remote machine/NAS/server directly. 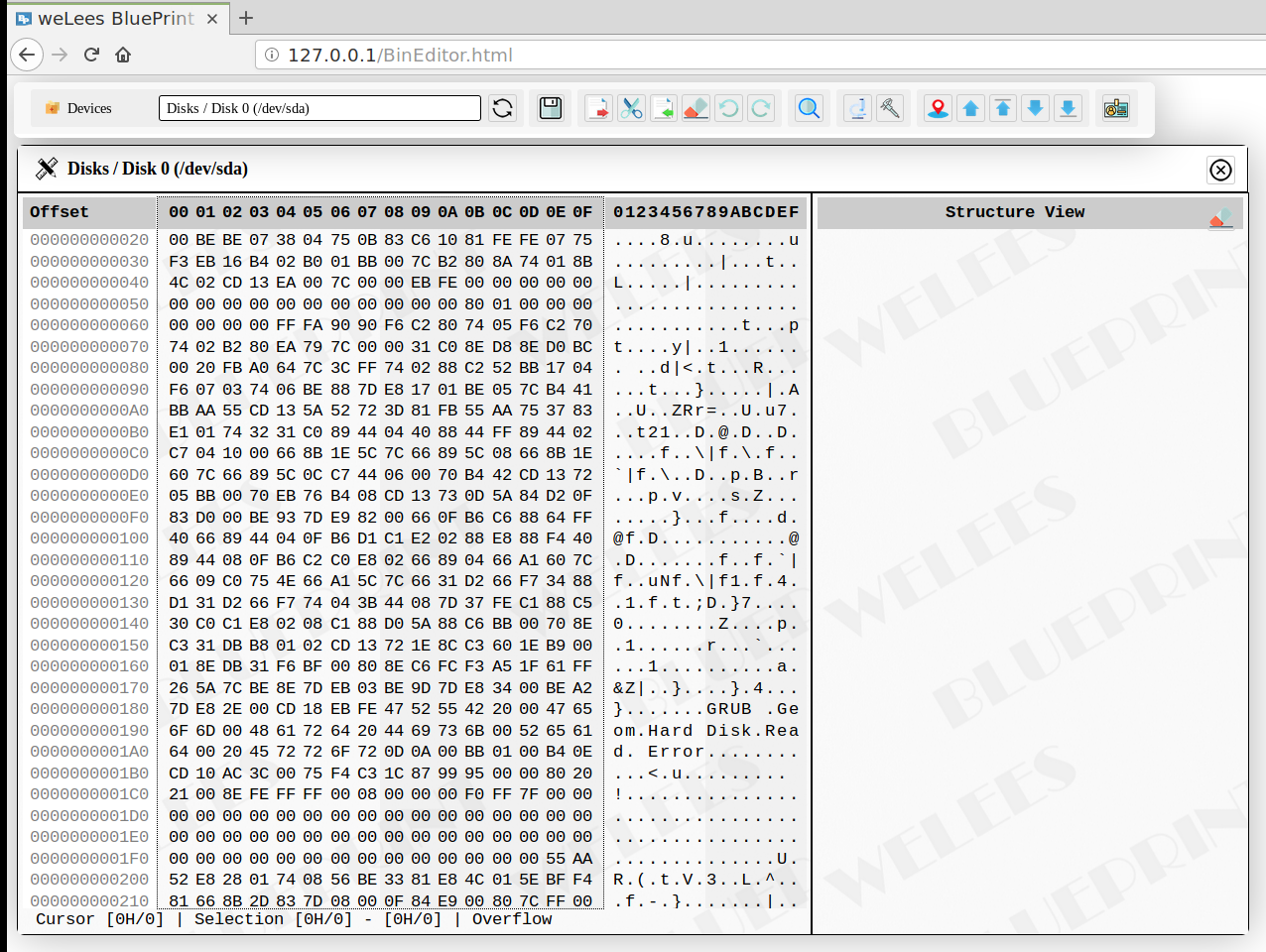 User can run BluePrint host-end on any PC, NAS or server, no matter it runs Windows, MAC or Linux 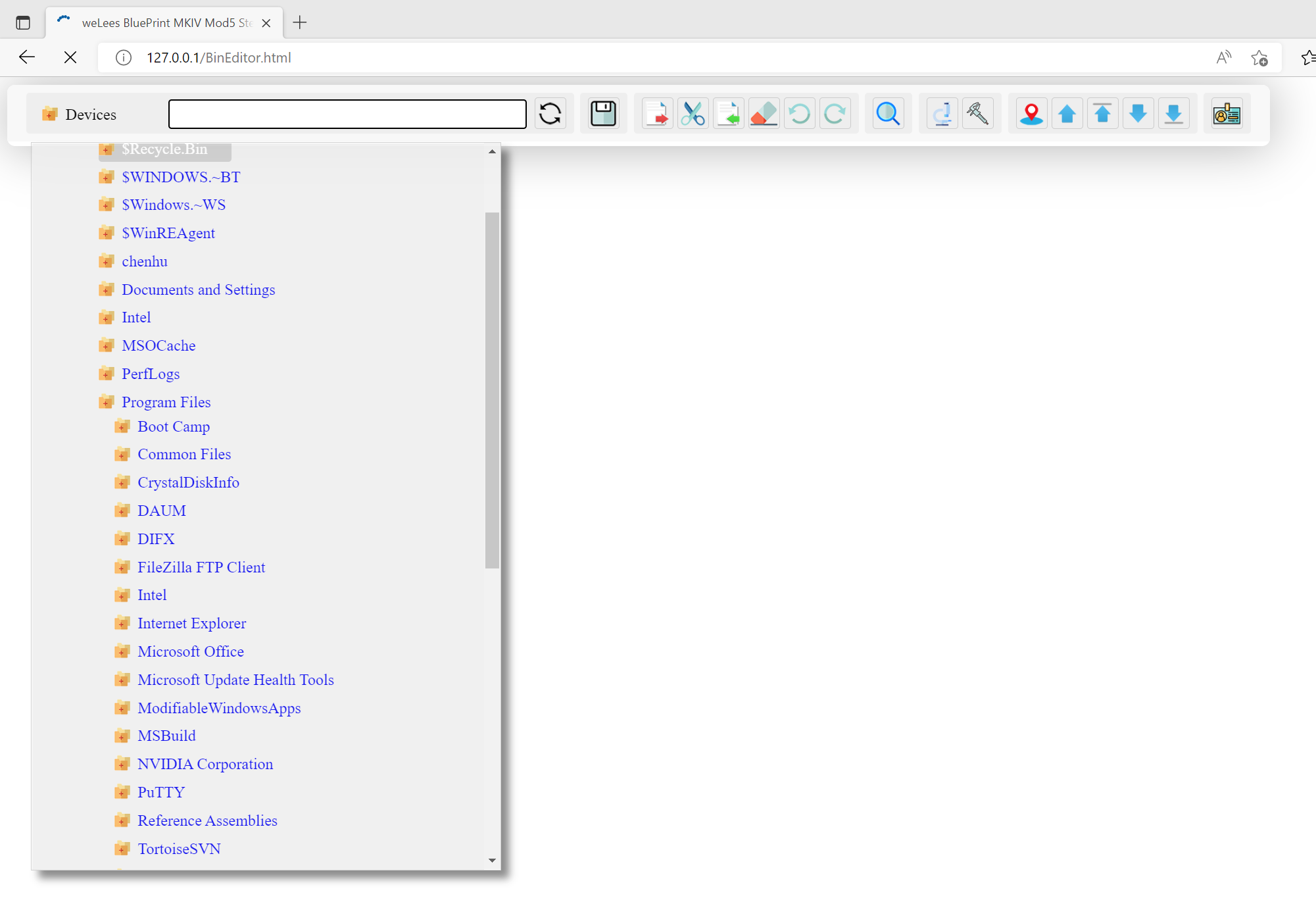 User can access any device/object, if it is not a disk/volume/file device, you can wirte data provider plugin for your device accroding to Data Provding Protocol.

The intelligent template can not only show data according to structure member definition and type, such as GUID/Time, but also support data verificating and jump to other certain structure. Users can easily jump to the corresponding structure referenced by member of current structure, according to the logic in the structure. Greatly improve the efficiency of user data analysis.
And user can write his template to parse any structure according to the Intelligent Template Procotol, with javascript.